He ranked high in the profession in Australia, and was widely known for his portraiture. His works were always a feature of Adelaide exhibitions, and his portraiture received general recognition and admiration at the last Federal exhibitions.

Born at Worcester, in England, on June 2, 1853, Mr Collins studied art in London and studied at the Royal Academy under Sir John MiIlais, Sir Edward Poynter, and other great artists. He was afterwards professor oil painting at St. John’s Wood School, in London.

Twenty-three years ago he came to Adelaide. He was for some time in charge of the life class at the School of Design and Technical Arts, North Terrace. For many years he practised his profession privately as a teacher of painting at his studio in the Royal Exchange Buildings.

Mr Collins is represented in the Adelaide Art Gallery by a Study of a Head, which was purchased and another painting from his brush, entitled A Brazilian Girl, is in the Gallery on loan. The latter was exhibited by several galleries in London and was greatly admired.

With anything calculated to advance art Mr Collins always readily identified himself. On several occasions he delivered evening lectures under the auspices of the Adelaide Art Gallery.

Mr Collins was not married, and has no relatives in Australia. 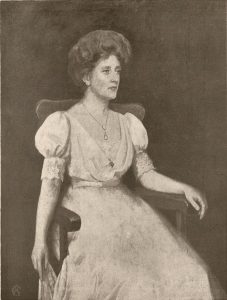