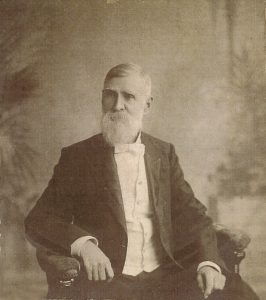 “Of those who projected and materialized their vision of the State’s aesthetic future, not one now remains alive, hut a few words concerning the founder and first Chairman, Mr Charles Hill, may be appropriate here. They were gleaned from personal acquaintance and the accounts of some of his students. His erect figure and resolute face suggested the soldier rather than the artist. An early inclination towards art led to his training as a line-engraver—the well-known group of choristers, “We Praise Thee, 0 God,” after the painting by Broad, is from his brush—but the primitive conditions of the infant province hindered his advancement. Failing to find scope for the practice of his art in Adelaide, he became eventually a teacher of drawing at St Peter’s College and other schools, and so had little time for original work. With the name of Mr Hill, the founder, must be linked that of the first Secretary, Mr James MacGeorge, to whose indefatigable exertion during its first years the Society owed much of its success, especially in obtaining on loan works of art brought by the pioneers from the old country. These
were a great attraction to the public. … Mr MacGeorge’s service to the Society was ably continued by that of Mr RF Minchin, and after him for a long time by Mr A Abrahams, during whose occupancy of secretarial office a notably important change was made in the art life of the State by the founding in 1882 of the School of Painting and Design under the control of the Governors of the Public Library and Art Gallery, which lasted until the year 1909. 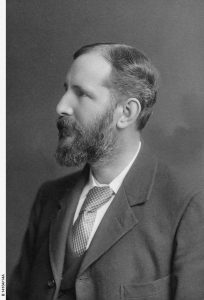 “… in 1892, Mr Harry P Gill, ARCA, Director of the School of Design, was instrumental in a complete reorganization of the Society. He had previously founded a small society, “The Art Circle,” of 12 members, popularly called “The Twelve Apostles,” including in their ranks Messrs. HP Gill, J Keane, WJ Wadham, A Sinclair, GA Reynolds, HF Powell, WK Gold, and M. F. Cavanagh. This little band of enthusiasts, with the assistance of the Chief Justice (Hon. S. J. Way) was able at the annual meeting on October 26, 1892, to report the resuscitation of the Society, Hon. Mr Way being the President, a position which he held until 1908. The newly-elected President was a keen collector and liberal patron of Art, as well as a judicious counsellor to the Society, and his vitality was reflected in the renewed vigour of the Association …” 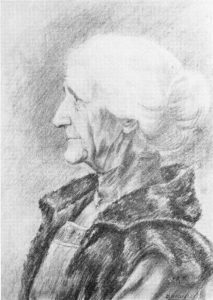 “In the light of this reformation it is interesting to note the contributing causes to the prosperous revival. About this time the so-called aesthetic movement in England, in its reflex action, excited a demand for arts and crafts in all the States and South Australia shared this aspiration. “Schools of Art” sprang up in many directions, and it was inevitable that youthful artistic energy thus aroused should strive to find an outlet. The Society of Arts, as formerly constituted, did not provide for this. The new wine required new bottles, and an active cellarer was found in the person of Mr WR Hunt, who (with other old members of the Society, as the heads of the various Art Schools, and some resident English artists) formed a new institution. “The South Australian Academy of Arts” was created, and its constitution was framed to admit associate students, although the governing body was vested in a council of practical artists and art teachers. After a brief and chequered existence, however, this Association split into two divisions. One was known for several years as the Adelaide Easel Club, under the successive presidencies of Mr Wadham and Mr James Ashton; the other portion reverted to the older Society of Arts, thus sharing both its limitations and its prestige amid privileges. Out 0f this union arose the present Society …”